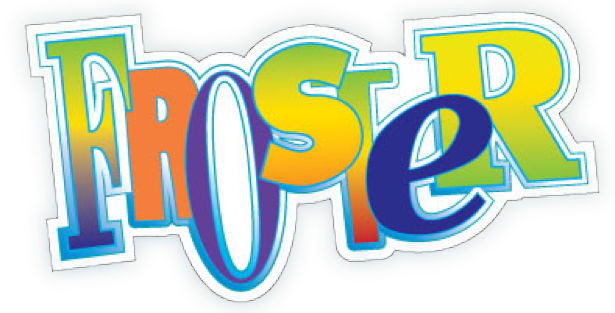 Everyone knows what a Slurpee is, and 7-11’s brand for their frozen carbonated beverage is the defacto name for anything frozen with flavour. In 2001, Mac’s Convenience Store initiated the Froster brand, with the goal to establish themselves in the FCB market and create their own brand with a unique style. They also wanted to know who was actually purchasing the products so that they could better position themselves in the market and use the Froster brand to not only sell more FCBs, but also increase foot traffic in their stores.

Digital was the foundation for the entire branding initiative, and as such, execution had to be flawless.

Offline promotions and initiatives were created to drive customers to the web site and allow them to interact with the brand in many different ways. Tying instant win prizes together with interactive online games and initiatives that allowed them to feel that they were a part of a unique culture, sales of the Froster FCB boomed and a brand was cemented.

In the first year, sales of the Froster FCB jumped over 70% and Mac’s got a snapshot of who was actually buying their product, and why.

Previously assuming that their primary FCB demographic was male youths between the ages of 10-15, the first year of promotion focused on that specific target group. Through the digital campaign, they discovered that their largest demographic for the Froster FCB was actually adults between 25-35, with a large percentage of those being female.

This allowed Mac’s to shift their promotional efforts to align with the people who were truly interested in the FCB product, and subsequent years of offline promotions utilized the information that was gathered in the digital campaign to bundle other products in the store as “combo” initatives.

In order to expand their market, our strategy was to push the boundaries of what was possible, and even acceptable, through digital means. We engaged the youth market more strongly through shock value, interactivity and viral initiatives and gave them something to grasp onto.

In 2006, to test the waters and see how we could get more youth engagement, the advertising campaign featured a Froster flavour called “Whack”. The campaign centered on the Whack flavour and utilized double entendres involving the word, such as “I think I could have a Whack every day if I could,” as well as humorously bleeping out the word “Whack” in the television commercials. This increased digital traffic and sales in the youth demographic dramatically.

In 2007, we again introduced a controversial advertising campaign centered around the letters WTF. Targeting primarily internet savvy teenage youth, the campaign included posters and a series of viral internet video ads. Standing for “What’s The Flavour”, we pushed the boundaries of acceptability through the use of the WTF internet slang acronym and encouraged an entire generation of youth to participate and interact with the Froster brand.

The WTF initiative had a huge impact, and the proof of it’s success is in it’s longevity. Many of those WTF videos have been saved by YouTube users and are still available for view to this very day, 9 years later.

In 2008, we pushed boundaries further and launched the campaign utilizing the acronym “STFU”. The promotion stood for “Suck The Froster Up”, and resulted in even higher youth engagement and increased sales.

Today, the Froster is cemented firmly as it’s own highly recognizable brand, and is still a core driver of sales and traffic in both the Mac’s and Circle K stores, both nationally and internationally.

Through strategy, analytics, concept, creativity, design, teamwork, cutting-edge technology, flawless execution and pushing the boundaries of acceptability, the Froster.ca digital campaign was not only highly successful in it’s objectives but allowed Mac’s to increase foot traffic and increase sales – not only in Froster beverages, but related products as well.